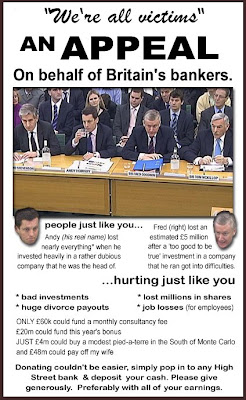 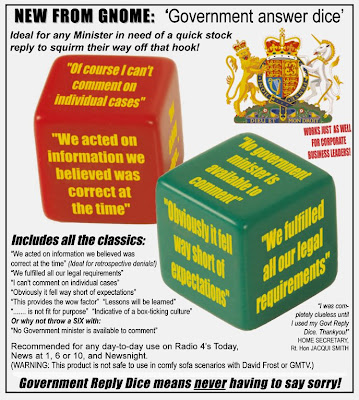 THE NEWS FROM RUSSIA TODAY:
A COURT in Moscow has acquitted four men accused of murdering investigative journalist Anna Politkovskaya. The four men were found not guilty of murder and immediately freed, after it was revealed Ms Politkovskaya’s death was just a terrible accident because she had fallen in her flat on to a malfunctioning gun that discharged five bullets into her head and body… (cont. p94)

LATE NEWS: Man commits suicide by cutting own head off whilst shaving before shooting himself in the heart ten times…

CELEBRITIES in one of London's most fashionable locales have come together to reduce their emissions.
Actress EMMA THOMPSON, Strictly Come Dancing Judge Arlene Phillips, actor Sean Bean and comedian Ben Elton have all signed up to make a contribution to a Camden Council campaign.Thompson has offered to travel less by staying at home, thereby starring in less films and TV productions, Phillips pledged to stop appearing on Strictly Come Dancing make judgements on people and will be taping her mouth firmly shut. Meanwhile Sean Bean vowed to have less lines in films and dramas and so use less oxygen, whilst Elton has promised not to make any more musicals that induce sickness, and to be 'less insufferably smug, self-satisfied and pretentiously arrogant,' thereby raising general goodwill around the world.

13 feb 09
PREDICTABLE U.S. NEWS "We will smash the CIA into a 1000 pieces," President Obama tells the media before flying to Dallas for a meeting with local business leaders.
bankers appeal govt reply dice