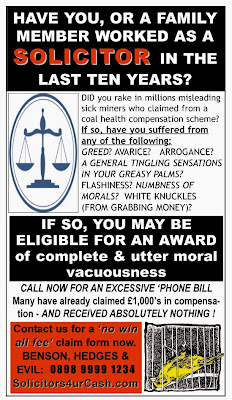 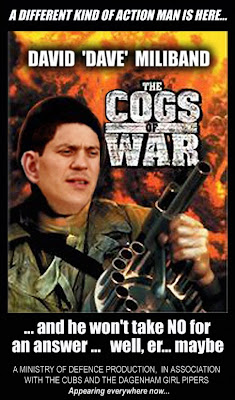 29 dec 09: INTO 2009, BRITAIN IS BOOMING! Everything is on the UP!
1. Number of British ex-pats returning home from Spain & France = UP ^
2. Troops into Afghanistan = UP ^
3. Career choice gap between graduates and those who leave school at 16 = UP^
4. Flu infections = UP ^
5. Criminals spared jail who reoffend = UP ^
6. Church attendence falls, number of atheists = UP ^
7. Teenage pregnancies = UP ^ (another year on year increase, well done girls!)
So come on Britain! Look on the bright side for once!
STOP PRESS: ISRAEL TO BOMB WEST END
Musicals targeted in further expansion of roadmap to peace policy. Knesset refuses to rule out invasion of Gazza.

16 dec 09: YOUR RAIL QUESTIONS ANSWERED!
Rail Industry chiefs answer your questions
From the thousands who emailed, here are but a small section of the ones we could reply to... Dear Rail Chiefs: I ABHOR THE HUMAN VOICE, CAN WE HAVE MORE AUTOMATED ANNOUNCEMENTS WHEN AT A PLATFORM, OR ON THE TRAIN? PREFERABLY EVERY 20 SECONDS AT MIND-NUMBING DECIBELS? Thanks, Mr Iam Mad, Broadmoor HMPA
Rail Chief answers: "Certainly Mr Mad, anything to oblige!"

Hello, i like to steal and rob people on trains - any chance of not letting guards on trains ever again? Would make my job a whole lot easier. peace. D. Sturbed, Bedlam
"Of course, Mr Sturbed, there's no chance of that happening, because that would cost money!"
I THINK THERE ARE FAR TOO MANY TRAIN CARRIAGES THESE DAYS, IS THERE ANY CHANCE OF CUTTING BACK ON TRAIN CARRIAGES? THEN WE COULD ALL SQUASH INTO LESS SPACE?" MR I. DIOT, Gerrard Very Cross
"What a good idea! Mr Diot, we shall certainly look into your suggestion!... SORRY, DUE TO A LACK OF STAFF, THE Q&A SESSION HAS BEEN NOW BEEN CANCELLED. THE RAIL CHIEFS ARE SORRY FOR ANY INCONVENIENCE.

'Glitch' found on West Coast main line found to be a train
'We get these glitches blocking up the network quite a lot these days,' revealed Rail Chiefs, 'but we still find that 89% of these glitches are on time.'

Following on from the Rolling Stones, more rock bands set to have streets named after themThe Prodigy in Braintree, Essex: Firestarter Way, Smack My Bitch Up Avenue, Out of Space Car ParkSex Pistols to be honoured in London as well: Belsen Was A Gas Drive, Never Mind The Bollocks, here's the cul-de-sac, Friggin in the Riggin StreetNo Future Technology Park

21 nov 09: SHOCK TEEN POLL
Half of the nation's children think adults are 'ignorant, reactionary fools who are quick to damn, who have their ill-judged prejudices whipped up by tabloid newspapers.' 40% of children fear increasing adult irrationality will breed more intolerance towards them.

Prince Charles gets character reference from his father in time for his 60th birthday'A blithering namby-pamby wet rag, full of hair-brained hippy nonsense… bloody tree hugger.'
Without prompting, he then gave further unflinching assessments of his other sons, who he affectionately refers to as 'thicko' and 'poofter.'
miliband cogs of war solicitor rip off ad