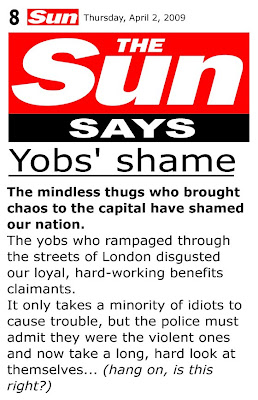 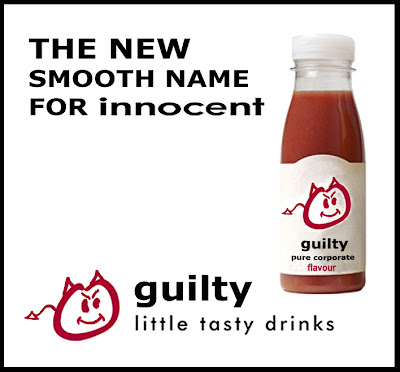 8 apr 09: POLICE OFFICER TO CLAIM FOR INJURIES FROM G20
A brave police officer who's baton was headbutted several times by 'out of control anarchists' during the April Fool's Day protest is to file a claim for... (cont p94)

OBAMA TO BE SUED BY CHILDREN'S TV STAR
Bob the Builder said to be furious over 'Can we fix it? Yes we can' claim by U.S. president.
"It's all a bit vague and unporfessional," argues Bob, "You should NEVER make a promise without also giving a considered estimate about how long the job will take - and how much it will cost. Anyone who doesn't is a cowboy in my book. I mean, take that George Bush..." (estimate continues for several pages)

The Independent: Surprise visit to U.S. is on the cards for Obama
President to offer hand of friendship to country traditionally seen as reactionary, backward-looking, extremist and violent (cont p94)