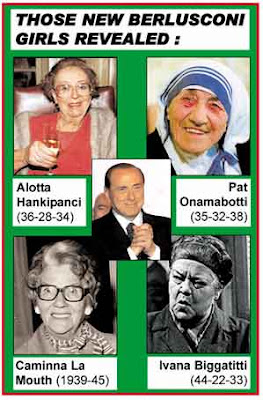 Other Pentagon news: CIA to employ two Doncaster torture brothers "We aim to learn all their juvenile torture techniques," said a CIA spokesman, "As a treat we may even teach them all about waterboarding," before revealing that the 'Feral Two' will be flown in an unmarked jet to 'a secret camp in a friendly despotic country.'
Other News: Pot calls kettle 'black'
MOYLES BREAKS RECORD FOR CONTINUOUS DRIVEL ON RADIO
Radio 1 DJ Chris Moyles today celebrated his breaking of the long held 'drivel' record at Radio 1, beating the previous incumbent Tony Blackburn - who had held the record for 36 years.Mr Blackburn, 86, spouted claptrap to ensure that no listener actually learned anything of value from 1967 to 1972, before handing over to Noel Edmonds. He said that he was a big admirer of Moyles, although was quick to point out that during the seventies he annoyed up to 18 million people who had nothing else to listen to, whereas the present Breakfast Show presenter can only talk utter shite to about 7 million pissed listeners.
THOSE TOP DRIVELLERS IN FULL:
Chris Moyles - 2,074 days and counting
Tony Blackburn - 2073
Noel Edmonds - 1009
Jimmy Saville - 106
Jimmy Young - 103
Gary Gliiter - 94 er....,
JACKO CAREER 'DEAD A DECADE BEFORE AMBULANCE CALL'
Michael Jackson's career death was kept a secret for at least a decade before his fatal heart attack in July, it was claimed yesterday. In a desperate move to fool fans... (cont. pZZZZZZ)
NHS IN CLASSIC CASE OF UNDERSTATEMENT
A man who's brain was partially eaten by a cannibal killer 'was failed by NHS Mental Health Trust,' says a report. The NHS offered an unreserved apology to the now-dead victim. Something along the lines of 'understandably our standards fell way short in allowing a killer to be released and then go on to kill again and eat the brain of his flatmate. Possibly this is not what the victim wanted. The care in the community system may have failed this time. Mistakes were made. But rest assured we will learn from this. Will this do?'
Hammond admits crash injury has restricted him
Top Gear's Richard Hammond says he is still recovering from the effects of a high-speed crash which took place while filming for the show three years ago. He has revealed that injuries to the brain has restricted him to presenting low-brow, unchallenging tat like Top Gear, Richard Hammond's Blast Lab and Total Wipeout. He said, "any damage" could "take years to get over," although he didn't specify whether he was talking about damage to himself or viewers.
beatles star wars ww2 offer berlusconi girls