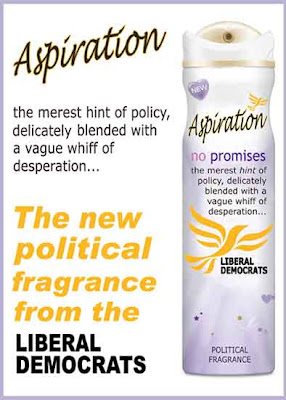 Federation of Small Businesses asks for school half term to be cancelled
Small businesses hit hard by the VAT increase and recession are backing an
internet campaign to cancel half-term holiday for schools, as another break for children
could ‘finish off’ many shops that won’t be able to cope with the increase in petty thefts.

CALL FOR CONTROLS IN DOG BREEDERS
Report says dog owners should stop inbreeding as this is what causes them to resemble their pets.

The Daily Telegraph
TORY DONOR LIST REVEALS 'A DIVERSE AND FORWARD LOOKING PARTY THAT REFLECTS MODERN BRITAIN'
Conservative Central Office have finally revealed full details about their large benefactors to party funds, they include:
Sir Zac Goldsmith, a frequent visitor to West London, who lives in Monte Carlo - who generously provided £40 billion of his own trustfund.
Baron Ruprecht von Goering of Baden Baden, Bosch Armaments - who graciously donated £48
billion earned from landmine sales.
Mr Phillip Morris of 57 Fagash Avenue, Forest Estate, Smokestown, Isle of Man - £150 billion
from tobacco sales
Count V. Dracula of Transylvania, who made a career in dentistry, resides in a coffin in Castle Vlad - £159 billion
Lord Ashcroft of Belize, who probably also resides in a coffin and sucks the life out of
people - £99,999.
Aspiration - new LibDem perfume Haitian Daily Mail report on UK