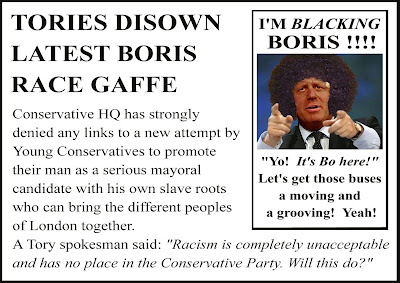 Too late for P.Eye, so here goes, er here. Not much scope for this time-sensitive stuff, apart from The Tart satire paper, or maybe Tory HQ - they might want to show they're not afraid of laughing at themselves...
Thanks to Jamie for the idea.
A good example of the kind of utter rubbish I churn out every week.

GRUDGING GPs GIVE IN AND AGREE NOT TO PLAY GOLF ON FRIDAYS
Doctors complain of unacceptable handicaps, 1000's of caddies could lose jobs

Britain in rush to get booze bargains before Sunday budget deadline
Where to get those drink deals: All supermarkets are doing special pre-budget deals on Super Vilent 8% Lager – which will go up from 10p a can to a whopping 24p…
(30 cans for the price of 20)
And for the middle classes, Lambrusco Valiumo (14.5%) will be up from 2.49 to 2.99, with all major supermarkets are still doing 6 cases for 5 until April 1st…