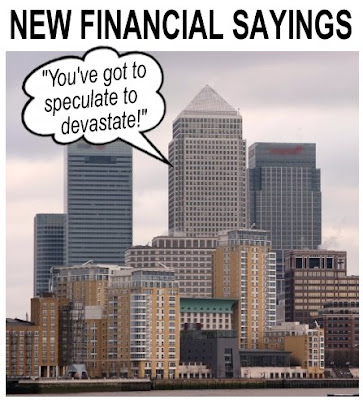 Introducing Boris' new right-hand man* - who will play a key administrative role in the government of London. A man who helped to create full employment during a previously successful 12-year tenure on the continent, who has a good track record of coordinating coherent strategy and policy directives. Controversial he may be, but he is definitely a man who isn't afraid to make tough decisions to cut spending in levels in certain areas in order to make necessary savings. Born in Austria, although more famous for residing in Germany, Mr Hitler will... (cont. p39) *pending checks

Getting stuck in traffic 'cheaper than in 1988
'The cost of gently stewing away in your car, stuck in a 12-mile tailback, contemplating the futility of one's existence has fallen by 18% in real terms... (cont p.94)

PM URGES CEO PAY RESTRAINT
Gordon Brown has asked for corporate leaders to take into account the currrent economic climate and limit pay increases to not more than a 1000% of their employees, as this may encourage them to strike when they get a pay deal that is below inflationThe Prime Minister also wants CEO's to refrain from buying yachts, gold bullion, small African countries, laser beams or secret underwater bases.

Daily Mail: IS KNIFE CRIME CAUSING FALLING HOUSE PRICES?
Inside: Why no-one in Britain is safe from our screaming headlines

PLEASE STOP THIS DANGEROUS ESCALATION OF CASUAL, TIT-FOR-TAT, MACHO, POSTURING kneejerk reactions by politicians looking to make a name for themselves on the back of knife crime...

WHY IS BRITAIN SO 'HIDEOUSLY WHITE'?
With only 85% of the UK still wrapping themselves in the covertly fascistic term of 'white british,' isn't it high time that britain stopped being so OVERTLY RACIST? This constant pandering to the whims of the WASP masses is getting us nowhere. We should stop all this TOKEN STEREOTYPING of the UK as white anglo-saxon country, and finally acknowledge what we all really want it to be; a black disabled muslim homosexual caliphate.
When asked to fill out any forms - say a quick 10-page Health & Safety / CRB / CRE / CIA disclaimer for a children's party, I always tick the box, 'one-legged lesbian Somali refugee with learning difficulties' to show my solidarity with my non-white brothers, sisters (and transgender brothers and sisters, or brothers / sisters)... (continues for several pages...)
boris new deputy new financial sayings uk 'hideously white'