May 18, 2017
A leaked, earlier 'draft' copy of the Conservative election manifesto has revealed that the government could outmanoeuvre Labour's proposals to take Britain back to the 1970's, with their own plan to take the country back to the 1870s, before most of the great Victorian parliamentary reforms in social welfare, worker rights and suffrage were passed on to British society.
Pay't mill owner permission to come to work
The report, marked 'confidential,' details how the next Conservative government will go much further than Jeremy Corbyn, taking Britain back to the glory days of the greatest Empire on which the sun never set - a time when it was run by about two dozen rich, paternalistic white male entrepreneurs with long grey beards.
Describing 'halcyonic days when there was a general relaxation of laws that inhibited private enterprise and economic growth,' the document states that a post-Brexit Britain could see those times again - without the costs of a free health service, 18 hour working days and minimal schooling - you could leave at the age of 5 - thereby allowing for plenty of boy jobs and girl jobs in the child labour sector.

The report also 'looks forward with relish' to the marvellous Dickens-type literature that could be written about the appalling conditions the lower orders live under.

Mobility Rider magazine out now at all good newsagents and WHSmiths... 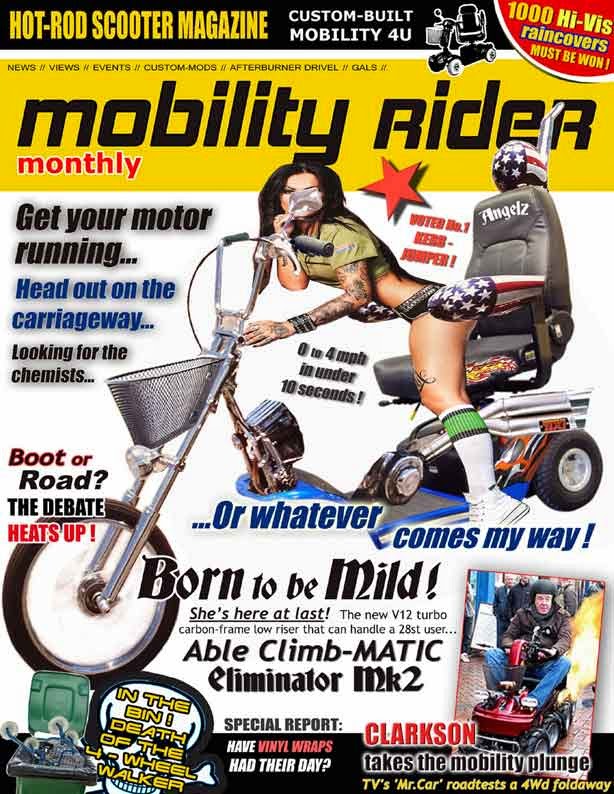